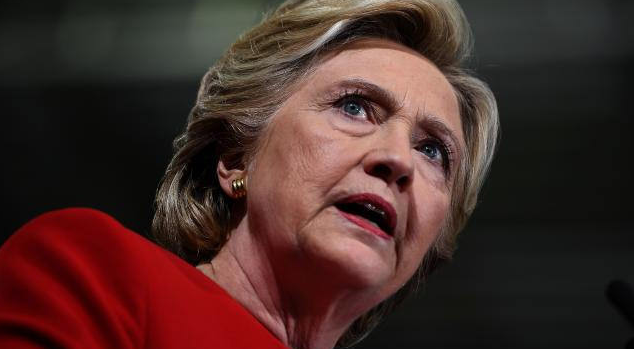 This piece is featured in APU’s newspaper, the Clause.

All too often, we hear how monumental it would be for our future daughters if Hillary were to win on Nov. 8, to grow up in a world where a brave woman paved the way for them to serve in a powerful capacity.

I am the first to admit that I wish so badly for a woman to sit in the highest seat in the free world one day, but for the sake of our daughters, I pray that woman is not Hillary Rodham Clinton.

Hillary’s America will teach our daughters that it takes beating down other women to get her crown.

My daughter will grow up outwardly rejecting the God-ordained gift of love between a man and a woman because she belongs to a nation where women paint men as pigs. But inwardly, she will sincerely believe that she is incapable of greatness without a man going before her.

Hillary tells our daughters they can do it on their own when she spent her entire career riding the coattails of a man to get a seat at the table.

My daughter will quickly master when to leverage her femininity to her advantage and when to pretend it is merely a social construct rather than something God blessed her with. Her femininity will be used to seek special treatment rather than equality.

She will learn that only weak women apologize, that there is frailty in honesty and integrity.

Hillary’s America will teach my daughter that the unborn do not have a voice. She will believe her body has no moral bounds and that an unwanted pregnancy is merely an easily rectifiable inconvenience.

She will see that the law of the land doesn’t apply to wealthy elites and that graft and corruption are the well-deserved perks of the powerful.

My daughter will view the Constitution solely as a faded piece of paper rather than the supreme law of the United States of America.

Her land of the free will be slave to big government and grand overreach, and her home of the brave will celebrate violent riots of masked marchers and looters.

Her military will no longer be the strongest in the world, and the servicemen who risk their lives for her freedom will receive Vietnam-era homecomings.

Instead, let’s raise our daughters to be fighters, writers and path-lighters. To be fierce pursuers of truth and justice. Let’s teach them that cherishing their femininity does not require denigrating masculinity, and that there is honor in taking responsibility for their faults. Let’s raise our daughters to lead lives of principle, and may they grow up to be patriots and poets, leaders and lovers.

May my daughter’s America not be Hillary’s America.